Edward DARNALL was the first of that name in my line to arrive on these shores. The Darnall family had ties to Lord Baltimore, who had established the colony of Maryland as a sort of haven for the Catholics who had limited opportunities or were outright persecuted in England. Edward's relationship to the other Darnalls in Maryland is not known for certain, but he was born in 1671 and was probably in the colony in about 1690. His wife was Sarah ROBEY, of an old English family that is also featured in my family history. 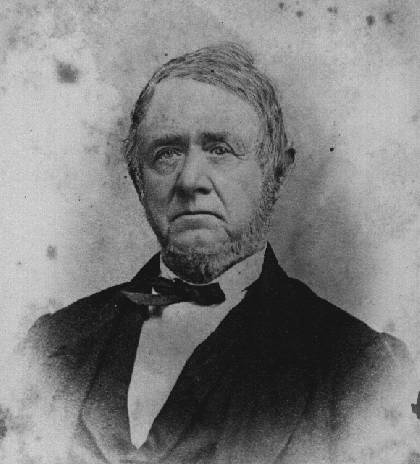 Edward's grandson, Isaac DARNALL, was in the Revolutionary War, although he must have been in his late 40's at the time. Isaac's son, Charles, along with his wife Martha CUNNINGHAM, were the ones who then moved their family to Fleming Co., Kentucky, possibly to claim land awarded to Isaac as a bounty for his wartime service. They came down the Ohio River by flatboat in about 1810 along with all of their belongings, farm animals, and slaves. Charles and Martha had nine children, establishing the Darnall name in that area with descendants down to today.

Thomas DARNALL, Charles's second son, became somewhat of a businessman in the Flemingsburg area, being involved in various business and real estate ventures. He built a house on the original Darnall farm land, and later sold or gave it to his daughter, Martha, and her husband William Southard QUAINTANCE. This property remained in our family line until about 1902. Thomas is buried at the very top of the hill in the Flemingsburg Cemetery, with a large monument surrounded by many of his children and grandchildren.

My Darnall line in Fleming Co. also includes other families that descend from Revolutionary War veterans and Kentucky pioneers such as Abram LEFORGEE and Robert ARMSTRONG.