Penelope VAN PRINCIS (1622 - 1732), better known as Penelope Stout, has the distinction of being my first ancestor to arrive in the “New World”. Her story sounds almost too dramatic to be true, but it has been recounted in many forms over the years. It can be found today in many history books and text books about the early days of New Jersey. There is even a state historical sign that marks the place where she lived and is assumed to be buried. 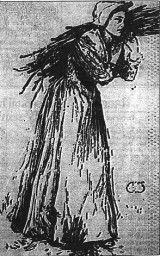 Penelope was actually English and her maiden name might have been KENT. She was married to a Dutchman named VAN PRINCIS and was on her way with him to the settlement of New Amsterdam (now New York City) some time in the 1640's when their ship was wrecked on the Jersey shore in the area now known as Sandy Hook. Her husband was either injured or too sick to travel, so Penelope stayed with him while the rest of the ship's company proceeded on foot to New Amsterdam. The couple were then discovered by a band of Indians who attacked them, killing Penelope's husband and leaving her apparently mortally wounded.

Penelope managed to crawl off and hide while trying to stay alive. Legend has it that she hid inside a hollow log and took some sustenance from the fungus growing there. A few days later, she was discovered by another Indian and his son who decided to take her in and try to heal her. Penelope recovered from her wounds and was eventually taken to New Amsterdam by her benefactors. Some stories say that she continued to see the old Indian in the years that followed. 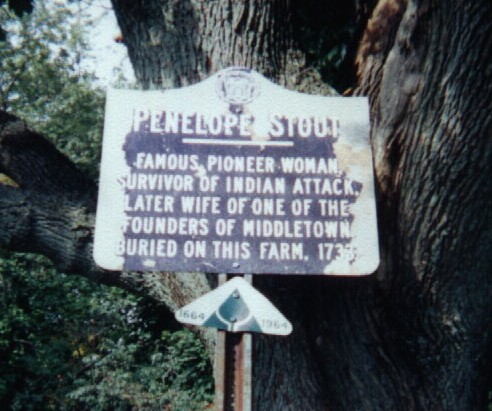 While in the city, she met and married Richard STOUT (1615 - 1705), who was possibly an English sailor who had taken his discharge while in port there. They moved together to a farm on Long Island, but later returned to the Jersey colony to help found the town of Middletown. Penelope and Richard had 10 children who almost all had large families of their own. When Penelope died in 1732 she was reportedly 110 years old and had over 120 known living descendants. After what she had survived in her younger days, there is little doubt that she could have lived to a very ripe old age.

One of their sons, Jonathan STOUT (1660 - 1722), moved westward and helped establish the town of Hopewell, in Hunterdon Co., New Jersey. Several generations of Stouts followed in the Hopewell area, some of whom founded and were associated with the Hopewell Baptist Church and meeting place. The church building, established in 1715 and rebuilt in 1822, still stands as a historical site in Hopewell. Jonathan's great-granddaughter, Keziah STOUT (1760 - 1841), married Lewis GORDON (1762 - 1844) in about 1783, possibly in this very building. 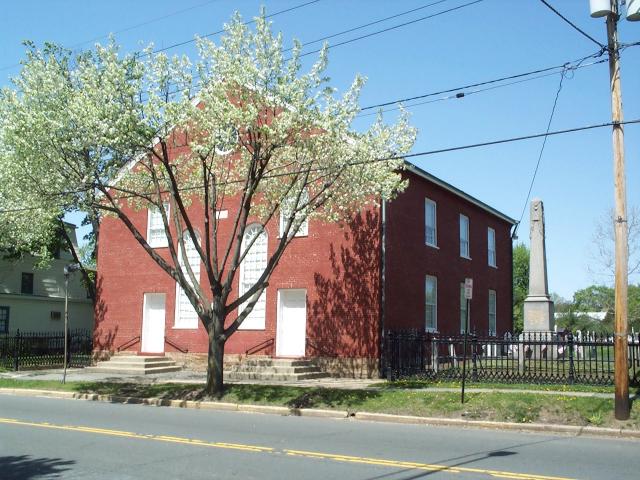 At some time in the 1780's and into the 1790's, a number of Stout families migrated from this area to Mason Co., Kentucky and the surrounding counties. One of these was another Jonathan STOUT (1761 - 1819), who was Keziah's 2nd cousin as well as being married to her sister, Rachel. Jonathan may have moved to Mason Co. in the early 1790's for the purpose of establishing a Baptist congregation there, in what is now called the Old Washington Baptist Church. Lewis and Keziah then followed him to that same area in about 1798 or so. Jonathan Stout died in 1819 and is buried in the same family plot with Lewis and Keziah, next to the site of the original church in Old Washington, just outside the current city of Maysville.

Although there were a number of Stouts in the tax records of Mason Co. in the late 1700's and into the 1800's, by 1820 or so the name seems to have mostly disappeared from the area. It is possible that many of them continued on west to the Illinois and Missouri territories, which were common destinations for early Kentucky settlers.