Of Castles and Feuds

The pictures and quoted text on this page are from the book The Castles of Grampian and Angus by Mike Salter (Folly Publications). 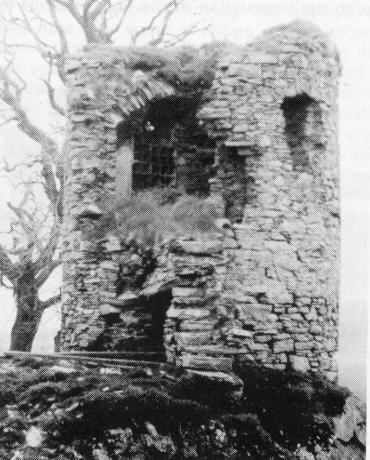 There were numerous castles and fortified houses that were associated with the Gordons over the years. Pitlurg Castle, now almost totally in ruins, is one that was definitely occupied by our direct ancestors in the time of Jock o' Scurdargue. 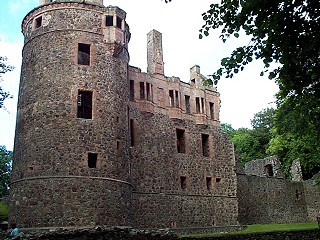 The more famous Gordon castle of the times was the one at Huntly, home of the Gordon Earls of that region. Huntly Castle is open to the public as a historical site near Aberdeen.

A famous incident in which the Gordons were involved occurred in 1571 when Adam Gordon, a descendant of the Huntly line, attempted to capture Corgarff Castle, occupied by the Forbes clan, for Mary Queen of Scots. The laird was not at home, and his wife refused entry to the band.

The tower was … occupied by the Forbes of Towie as vassals of Lord Elphinstone. In 1571 it was the scene of a celebrated outrage when the Gordons set the tower (probably then roofed with thatch) on fire. Among the 27 people burnt alive were Margaret Campbell, wife of Forbes of Towie. 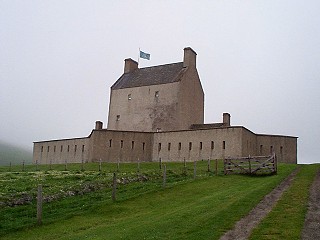 This touched off a feud between the Gordon and Forbes clans that raged on for quite a few years. Corgarff Castle today is a popular tourist destination, and is quite a beautiful work of architecture with its star-shaped outer wall layout.


The Forbes clan apparently got their revenge for Corgarff according to this story about the occupant of Knock Castle: 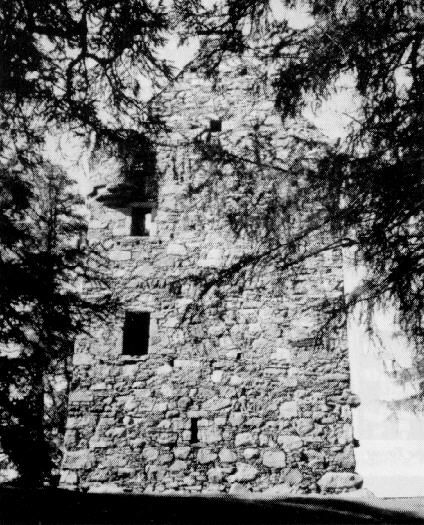 The Gordon laird of Knock was killed in 1592 by a party of Mackintoshes who were his guests. His successor Alexander, who is thought to have built the tower on a ridge high above the Dee soon afterwards, is said to have fallen to his death down his own staircase after being overcome with grief when his servant reported that a party of Forbes had killed his seven sons while they were out cutting peat and impaled their heads on their spades.

Finally, there is this story about another Gordon stronghold, the Castle of Gight:

The estate belonged to the Maitlands until in 1479 it passed to William Gordon, 3rd son of the 2nd Earl of Huntly. Many of this branch of the family suffered violent deaths. William himself was killed at Flodden in 1513, a son was killed at Pinkie in 1547, three of his grandsons including the 3rd laird of Gight and a son-in-law were murdered, a fourth grandson was executed by the Crown, a fifth drowned, and a sixth and seventh were killed fighting in Holland and Flanders respectively. The 13th laird was Catherine Gordon who married the Hon. John Byron. Their son was the celebrated Lord Byron, although he never owned Gight which had been sold off to the Earl of Aberdeen in 1787 to pay off his father's debts. By then the castle was probably long abandoned. 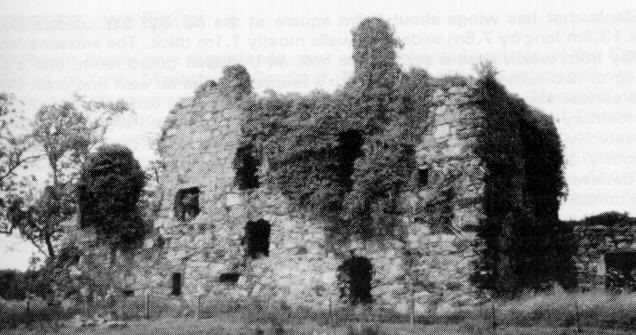 These excerpts give us an even better idea of the general way of life of that age. Scotland was civilized, but just barely by the standards of our times.