Gordon is certainly the oldest surname in my family tree, as it was the name of an ancient family of probable Norman origin that later became a powerful clan in the north of Scotland. The history of my Scottish line is included here in a separate narrative, but much of it is somewhat speculative. Currently, although I know the general family origin of my first immigrant to the New World, we do not have the exact link back to Aberdeenshire or Scotland. 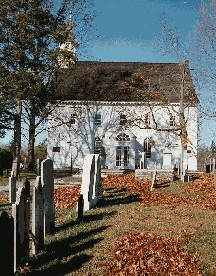 The first Gordon from whom I can trace direct descent was Charles GORDON (1669 - 1740), who arrived in the East Jersey Colony in the late 1600s. He was probably a younger member of the family known as the Gordons of Pitlurg, from the Aberdeenshire area of northern Scotland. He became a landholder in the vicinity of the town of Freehold, in Monmouth Co., New Jersey in the early 1700s. He and his son, Peter (1703 - 1770), are noted in the history of the Old Tennent Church, which is still an active Presbyterian congregation in that area. A number of genealogies show Charles as being the son of another Charles Gordon who came here from Scotland. But I believe that there is more evidence against this relationship than for it.

Peter's son, Lewis GORDON (1762 - 1844), was a farmer and surveyor who moved his family to Mason Co., Kentucky in the late 1790s. He helped survey many of the roads in that growing county, and was a colonel in the Kentucky militia in the pre-1812 period. His son, Peter (1800 - 1853), expanded the family holdings in the area and had connections with other landed families such as the Downings and Smoots through the marriages of his children. 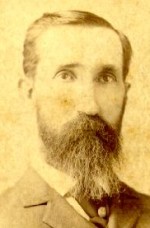 Lewis Dixon GORDON was the last of the line in Mason Co. He married Grace QUAINTANCE of nearby Fleming Co. and moved there to live and work on the farm owned by Grace's parents. At one point, he went into a farming partnership with his brother and moved the family to Missouri for a few years between 1897 and 1892. On returning to Kentucky, they eventually sold the farm in Fleming Co. and retired to a place downriver in Cincinnati.

A more complete story of the New Jersey and Kentucky generations is also included here as a separate narrative.